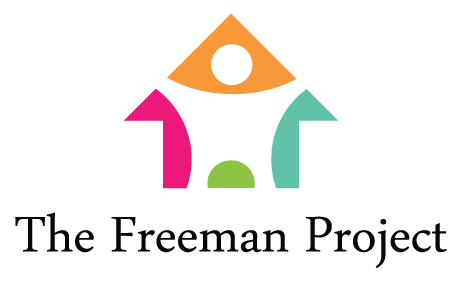 Barbara Freeman, a modern day Harriet Tubman, leading women out of lifestyles of drug abuse and sexual exploitation. Barbara is one that is well respected on the streets that once held her in captive.

Barbara’s story is one that is not uncommon to hundreds of thousands of young women within the United States alone; a story of sexual exploitation that led her into substance abuse and addiction. At the young age of 16, she found herself searching the city’s streets for something to fill the void within her life. Without any real direction, she soon found herself diving head-first into a world of alcohol and drugs. Her situation seemed hopeless and she became addicted to crack cocaine and was soon thereafter selling her body to support pimps and her own destructive habits. However, her situation sold her a false bill of goods—she wasn’t hopeless at all.

When Barbara was at her lowest, a gentleman—a Columbus police officer—looked upon her and shared a truth that would change the direction of her life from that point forward. He simply told her, “You’re worthy of many things. And I know that behind that mask of addiction that you are so beautiful.” Barbara became involved in a newly-developed program, Franklin County’s CATCH Court. She was the program’s first graduate.

Today, Barbara is not only free of alcohol and drugs, but free from the exploitation of pimps, and free of the bondages placed on her by her past. She can commonly be found speaking with women on the streets of Columbus, Ohio—women who are where she once was. Through her counsel, young girls and adult women who have been lured and/or manipulated into a life of human trafficking and sexual entertainment are being led into a new reality that includes both freedom and hope.

Barbara has founded The Freeman Project, a non-profit organization with purpose to lead women out of the darkness and bondage of sexual exploitation into the light of life that includes self-sufficiency and progressive living. Through her organization, she provides life-changing counsel as well as practical resources that aid in the daily living and survival of vulnerable women. Transitional housing continues to be an unmet need of many women who are exiting treatment centers, having survived addictions and exploitation but are oftentimes ill-equipped to simultaneously manage recovery while finding their niche within society. The Freedom Project is actively moving forward with an initiative to open a six-bedroom facility that will service the needs of these survivors.

Barbara’s work within the community continues to fill gaps that exist between faith-based service providers and social services. “Barb is out on the streets with her sleeves rolled up saving victims,” said Franklin County Municipal Court Judge Paul Herbert. Herbert nominated Freeman as a YWCA Woman of Achievement—an award she later received with the humbleness that is all her own. Her heart for exploited women, coupled with a tenacity to see freedom effected within their lives, establishes her firmly among female leaders and social change agents who are definitely making a difference within the lives of individuals and families of Columbus, Ohio. Whether she’s performing a reach and rescue on the city’s streets, presenting her needs within corporate conference rooms, or serving as a motivational speaker before large and small audiences, she has a voice that advocates for the liberty of those bound by modern-day slavery.

Barbara is described as a conductor of the 21st century Underground Railroad. Freeing one life at a time, she works tirelessly to ensure that when the train pulls away, it won’t leave one woman behind.